I have used other apps such as IM+ and IMO to instant message with Google Talk before, but Hangouts does a much better job of utilizing Google Talk by keeping a better track of your history, and providing a much nicer user interface, that looks a lot like a regular instant message / text conversation. What is really nice is that I can talk to someone who is using Google Talk on a computer, or other device while I am using it on my iPhone. 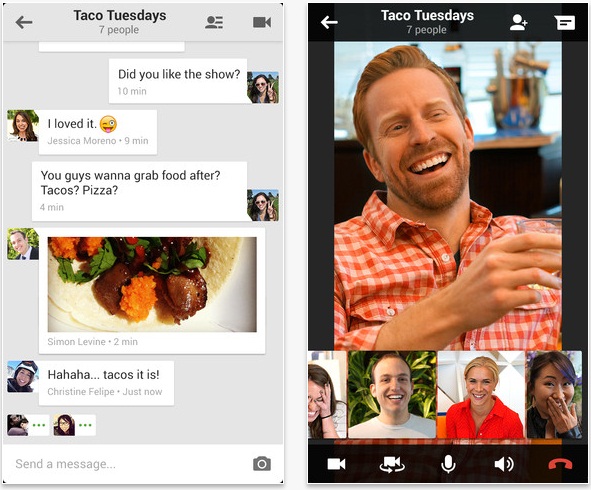 But the other feature the Hangouts app brings is the popular Google Hangouts video chat service, right to your iOS device. Before you had to use this from the Google Plus app, and while it worked the experience was a little clunky. Now with the Hangouts app it is very easy to start, or attend a Google Hangout, even if it is with just one person or several.

The Hangouts app brings the power of Google Talk and Google Hangouts to your iOS devices, in a very stream lined, easy to use manner, which was lacking from its previous predecessors. And while this functionality is nothing new to Apple devices, as they mirror both iMessage and FaceTime, what makes them unique is they can connect across different types of devices and are not restricted to communicating with only other Apple devices. This is really great if you have family members who are anti-Apple, but still want an easy way to message and video chat with them.